Drummer, educator, and author Gordy Knudtson, is President/Owner of GK-Music.com, the first company to make and market hearing protection headphones for musicians. For more than three decades he toured the world as drummer for the iconic Steve Miller Band. When he wasn’t on tour, he was Head of the Percussion Department he created at McNally Smith College in St.Paul, Minnesota. Gordy is the pioneer of Open/Close Technique and the author of eight drum method books. He endorses Innovative Percussion Drumsticks and ProLogix Practice Pads.

Gordy started playing drums at age 15, played his first union gig as a professional drummer at 17, and by 19 was doing studio work in Minneapolis’ busy commercial music scene of the 1970’s. He recorded advertising jingles, radio & TV station logos during the day, while performing with regionally renown Minneapolis bands Passage, The Doug Maynard Band, and The Lamont Cranston Band at night.

In 1981 he toured the US, Canada, Australia, and New Zealand with with guitar legend Roy Buchanan. The following year he began a six year association with jazz pianist/vocalist Ben Sidran, performing in jazz clubs and festivals around the world as well as on several of his CDs. Here are a few tracks from those recordings – https://youtube.com/playlist?list=PLXgqiDB1SuuITvlu4qprxzUjk_720k35f

Gordy joined the Steve Miller Band in 1987 for the recording of Born 2B Blue. He toured with the iconic classic rock band every year until 2001 when Steve took a three year hiatus from performing. They resumed in ’04 and Steve Miller was inducted into the Rock and Roll Hall of Fame in 2016. The band performed at his induction ceremony which was broadcast by HBO. (Read Questlove’s post about the band’s HOF performance) Gordy’s last show with the band was in 2021.

When home in Minneapolis, Gordy has always done a wide variety freelance work. During the 2001-2003 Miller hiatus, he toured and recorded with Cuban piano virtuoso Nachito Herrera who moved to Minneapolis from Havana in the late 90’s. He can be heard on Nacho’s Live at The Dakota 2 CD.

In 2007 Gordy was called to fill-in last minute for Anton Fig with Booker T. & the MGs featuring Steve Cropper and Duck Dunn. Fig’s plane was delayed so he covered the first show without rehearsal, receiving kudos from the band, audience, and the press for his performance. The Minneapolis StarTribune review of the show was headlined Local drummer saves groove for Rock Hall of Famers (8/9/07). In the review Steve Cropper said Gordy was “the best new drummer I’ve ever worked with.” (See Review)

As an Educator & Author…

In the mid 80’s Gordy began teaching private lessons and writing his own drum method books. In 1989 he was hired to create and run a Drumset Diploma program for a new vo-tech music school in Minneapolis called Music Tech. By the mid 90’s the school was accredited by NASM and grew into a two year Junior College. less than 10 years after that it moved to St. Paul, was re-named McNally Smith College, and became a four year college offering Bachelor Degrees in Music Performance. The school had a great faculty and a reputation for producing many talented young musicians, but due to a variety of circumstances they had to close the doors at the end of 2017.

In the late 80’s Gordy began exploring an obscure old drumming technique called open/close, push/pull, or drop/snap technique, which allows you to play a very fast, continuous stream of notes in one hand at a time. Even though this technique had been around for many years it was far from commonplace because it was tricky to do, and appeared to have only a few esoteric uses. It seemed no one had figured out how to synchronize it in both hands at the same time to create a single stroke roll.

Gordy was first to publish the synchronization solution in the April 1999 issue of Percussive Notes Magazine – “A New Approach to the Single Stroke Roll”. In 2002 Gordy released the first books and instructional video about the Open/Close Technique which introduced nomenclature, notation, and synchronizations, and showed how it can be used to create a family of single stroke rolls which directly parallel the double stroke rolls.

Upon seeing Gordy’s video, Ed Shaughnessy declared “You have developed an historically important form of technique that ranks with the Moeller system!” His endorsement generated an invitation from the Percussive Arts Society to be one of three presenters chosen for a special clinic series on hand technique at PASIC 2003, called the “Hand Development Series”. The other two presenters were legendary drum technique gurus Joe Morello and Jim Chapin (See Percussive Notes promo article). After Gordy’s presentation Joe Morello said “I’m SO glad you did this! Billy Gladstone was messing around with this when I was studying with him, but he never documented it. I think you took it further than he did!”

The single stroke roll synchronization portion of Gordy’s Open/Close Technique video was posted on YouTube over 10 years ago and now you can find drummers around the world using the technique. It’s particularly popular with metal drummers who use it to perform ridiculously fast “blast beats”.

Gordy’s subsequent work on O/C technique showed that it can also be used as a new way to understand the mechanics of rudiments. His follow up book “Morphing Doubles with Open/Close Technique” explores this and introduces another innovation of his – slow motion notation. This notation system allows you to assign precise rhythmic locations and hand movements for every note of a rudimental pattern, including the grace notes. Check out his “Morphing Doubles” instructional videos at his YouTube channel.

Like many other musicians, Gordy suffers from tinnitus and noise induced hearing loss. In 1995 his company, GK Music, became the first to make and market hearing protection headphones designed specifically for drummers called DrumPhones (See Review). These headphones provided much more acoustic isolation than regular headphones. They protect a musician’s hearing from loud external sounds eliminating the need for excessive headphone volume levels. The success of DrumPhones spawned competition, but his current model called UltraPhones is the isolation headphone of choice for top professionals across the country.

Gordy Knudtson: the Visionary – part one
Not So Modern Drummer

Gordy Knudtson – The Pompatus of Drums
Not So Modern Drummer 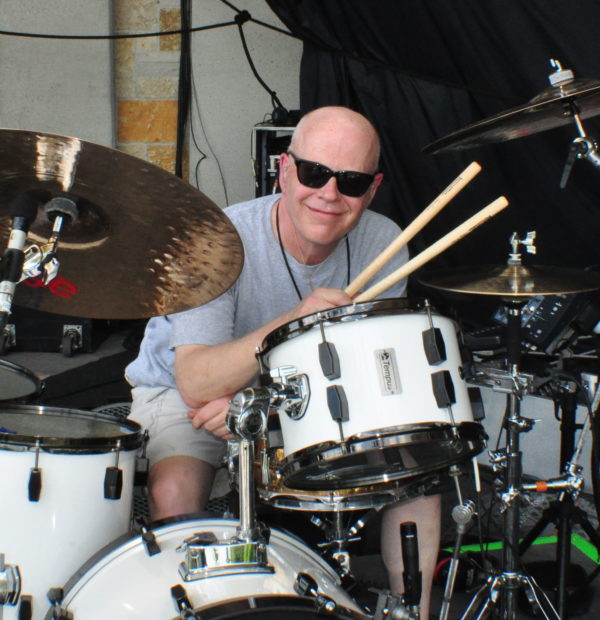 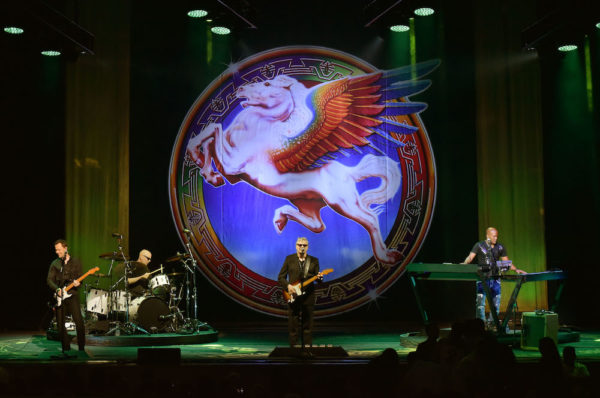 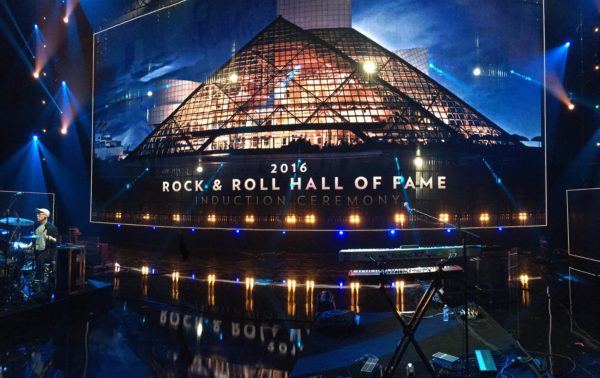 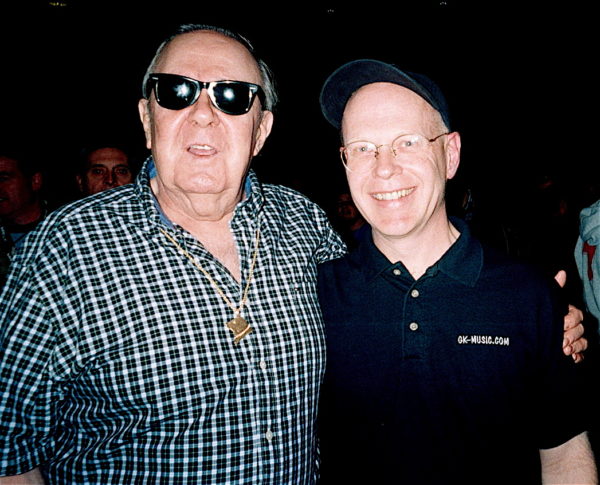 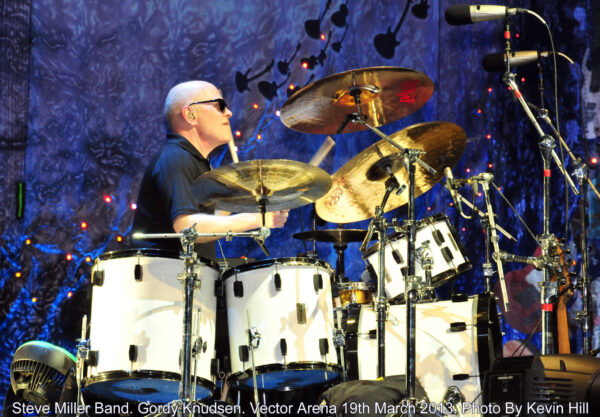